The Cokathralis are birdlike creatures who make their nests in the tallest trees of the Floating Forest. These haughty beasts can be seen circling the sky in groups called wakes. With their wide wingspan blocking the sunlight, they look down upon the rest of the region’s inhabitants with an air of superiority.

[wcm_restrict plans=”patreon”]
From their lofty perches they have determined the pecking order for the species of the Floating Forest, and have placed themselves at the top. They tolerate those below them because there is much needed work to be done that a Cokathralis would never do. They are very comfortable vocalizing their disdain for the “bottom feeders,” and a growing resentment for the Cokathralis is spreading throughout the other inhabitants.
Physical Characteristics
There are distinct features for both male and female Cokathralis. Females have sharp quills starting at the top of their heads, and extending all the way down their backs. These quills are used to protect their young from any predators willing to climb up such great heights for a taste of their delicious young. Males have two tall ridges of plumage along either side of their skulls resembling a double mohawk. They also have long fur growing off of their jawlines, which they believe makes them look quite virile. Most Cokathralis stand an average of five to six feet tall, with a wingspan triple that.
[/wcm_restrict]

Photos by Keith May of May Photo 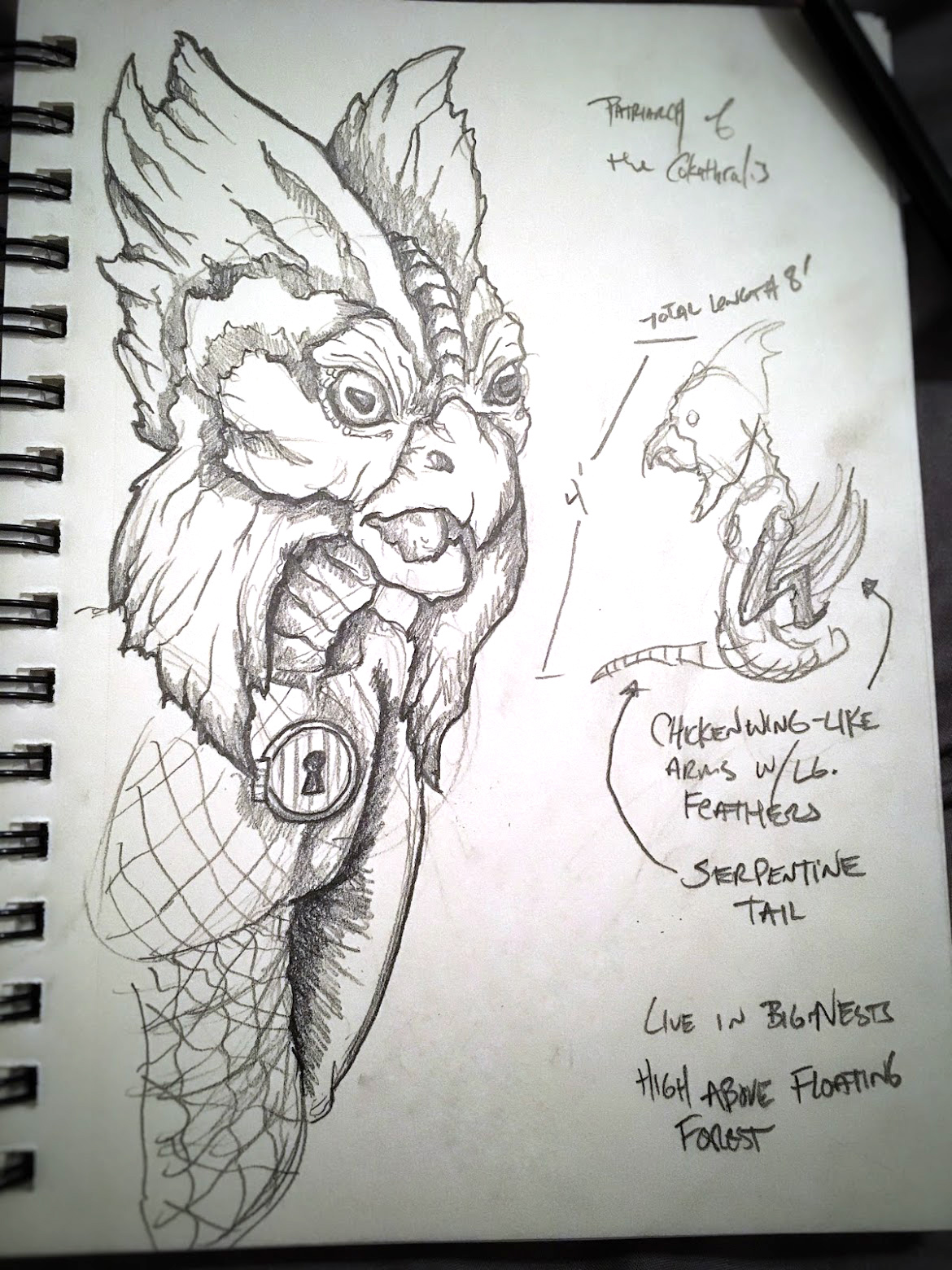 Camilla was one of the earliest sculpts in my Revilo series. I had decided I wanted to sculpt on a base for a bobcat. After looking at the shape for a while I knew I wanted to do a spin on the classic cockatrice. There was something about a monstrous chicken creature that made me smile. I also thought there would be a sense of familiarity with my fellow D&D nerds.
As I became more comfortable with the sculpting process I decided to look for objects from life that I could incorporate into the creatures. I discovered African porcupine quills on ebay that were completely affordable. By cutting them in half, I have been able to  put them in three sculptures and still have some left from the original ebay score.
Looking on the finished sculpt, the chicken-like characteristics reminded me of Gonzo’s favorite chicken from the Muppets. When that hit me I had to name her Camilla.

Years later I wanted to explore the Cokathralis as a whole. I didn’t want all of them to have quills and thought it would be more interesting to show how the males heads were slightly different in the concept sketch. The rough sketch explores more of what their full bodies would look like. One day I hope to be able to sculpt a full bodied Cokathralis. [/wcm_restrict]

Sheila The Occuloor
Scroll to top